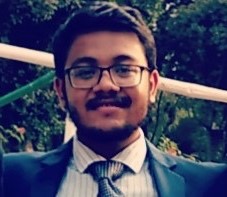 It is well known that the objective function of neural networks is highly non-convex (it is individually convex with respect to the weights of each layer, but it is not jointly convex). Thus using gradient based methods or second order methods, we aren’t guaranteed to converge to the global minima. So how good is the critical/stationary point (i.e. a point where the derivatives of the loss function with respect to the parameters/weights are zero) that we converge to? Is it a “good enough” local minima or is it even a local mimina or just a saddle point? These questions have been the subject of active research recently and one can find several papers in NIPS, ICML, ICLR etc. addressing some of these questions.

Firstly, let me discuss briefly about the notion of “good enough” local minima. There are numerous papers which prove the global optimality of local minima for specific architectures such as [1], [2], [3], [4], [5], [6], [7], [8], [9] and [10] (the list goes on!). The implication of these papers is that for several deep learning architectures, if we are sure that we have converged to a local minima (and not stuck at a saddle point!), we know that we have reached the global optima. In other words, these papers show that there are no “spurious” local minima, i.e. local minima which aren’t globally optimal for several architectures. Interestingly, however, there was a paper published in ICML 2018 ([11]) which shows that spurious local minima do exist for a very simple two layer ReLU network! Also I would be remiss in not mentioning [17] which is a very comprehensive paper on the existence of spurious local minima, analyzing this issue in much more depth rather than pointing out only pathological examples. These papers tell us that we shouldn’t be misled into generalizing the global optimality of local minima for all archictectures.

In conclusion, current optimization algorithms are fairly robust to saddle points and are able to converge to local minima, as more and more improvements continue to come up. For many models, the local minima are also globally optimal (or at least nearly so), but there might be several unknown cases where this does not hold.

Hope this gives you a brief insight into non-convex optimization in deep learning!